LISTEN NOW! If a train is coming towards you, about to hit you, you are thankful for the voice that warns you of its reality. When the train is closer, the reality has not changed; the inevitability of that train has just increased. Some may not be aware of the Four Blood Moons that we are currently experiencing in the world or the certainty that the 4th Blood Moon is coming this Autumn season; September 28, 2015. There have only been three times in history that this sequence of events has taken place. When it has occurred, it has always involved Israel; much like we are experiencing today. The movie Four Blood Moons documents these realities.

Law enforcement agencies pay close attention to heightened radio communications that occur when crime activity increases signifying something major is about to happen. Termed as “chatter” it allows many different agencies to respond appropriately. It is times like these that we must lift an attentive ear and a watchful eye to what is taking place in our days.  Amos 3:7 states, “Surely the Sovereign Lord does nothing without revealing his plan to his servants the prophets.” There are prophetic voices that are sounding the warnings to what is occurring. Rick Joyner has been one of the many prophetic voices for the Body of Christ who has sounded the alarm as a voice of concern and warning for the days that are ahead. With a prophetic warning, Joyner voices that there is a “prophetic chatter” taking place signaling the coming of events. Something is about to happen.
Joyner chronicles how he was part of a gathering of leaders to brainstorm and think through the necessary answers and processes that will be beneficial to respond to the events that will transpire in these coming days. In these meetings, Joyner shares how a Native American man brought to light how broken promises from government are no different than what the first nation people experienced in America. “Not a single treaty to the Native Americans were kept.” We have to recognize these wrongs were done, and right them before the Lord, in humility and repentance.  Another leader expresses the vitality for us to have to correct these atrocities as well. ‘We have got to fix this with them or we are going to lose everything we’ve got….We are going to have done to us what was done to them.’ It is the sins of our fathers that we must recognize and rectify. By looking at how King David approached the Gibeonites in 2 Samuel 21, we get a picture of how we can respond.
There is power in humility and repentance. Contrary to the current mindset of power in numbers, Jesus is still impacting the world by what He did with twelve men. Twelve. Joyner reminds us of the words of Francis Frangipane, “In poker, four of a kind, beats a full house.”  When we look to simply walk in agreement with those who are walking in agreement with Jesus and The Kingdom, and not the large crowd, that is where we begin to see great and mighty things done in Christ. Imagine how powerfully we can impact our communities by meeting together with 2 or 3 people and starting there. The most basic unit within the Marine Corps Infantry is made up of three men, a “Fire Team”.  Joyner expresses, “Small is the Lord’s next big.”
Allow this prophetic warning to flow through you and give you ears to hear the signs of the times that are taking place today. Hear the full report, more of what was discussed and shared in this gathering of leaders, and so much more. Also shared in this segment: Trail of Tears, small pox, Indian reservations, casinos, Andrew Jackson, Koinonia, coffee, fellowship, Marine Corps Infantry Fire Team, agreement, unity, authority, John Calvin, 4 Blood Moons, Israel, King David, Gibeonites, and prayer. Greg and John shared in this segment. 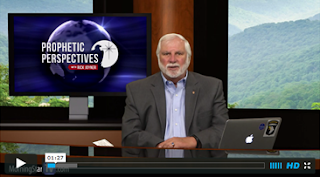 David & the Gibeonites, John the Baptist

Prophetic Warning: Isis is Coming to America, Rick Joyner and More to Come Part 3- Q & A from Rick Joyner
PROPHECY – It’s Going to be a Physical Battle, Not Just Spiritual
It’s Going to be Some of the Best of times and the Worst of times
Two things are coming: WORST OF TIMES and the BEST of times
Two things coming: BEST OF TIMES and WORST of times

The Four Blood Moons: Third of the Fourth Blood Moon is upon us. What does it mean for Israel and the Nations that come against her?
VFNtv working to Impact the 7 Mountains of Culture for the Kingdom of God: We are Called to Disciple the Nations
Having True Impact for Jesus in the World we LIVE in: Declaring Jesus is Lord over All 7 Mountains of Society
Called to Transform the Culture
Preparing to have Impact in the 7 Mountains of Society
Let’s Not Walk Off the Mountain Leaving Our Place of Influence for God: Let‘s let Our Light Shine
PWDVUS   C1R2I3S4I5S6    M1O2U3N4T5