‘ROBOTS WILL KILL US? If we don’t teach them our emotions’, Brett King, Augmented 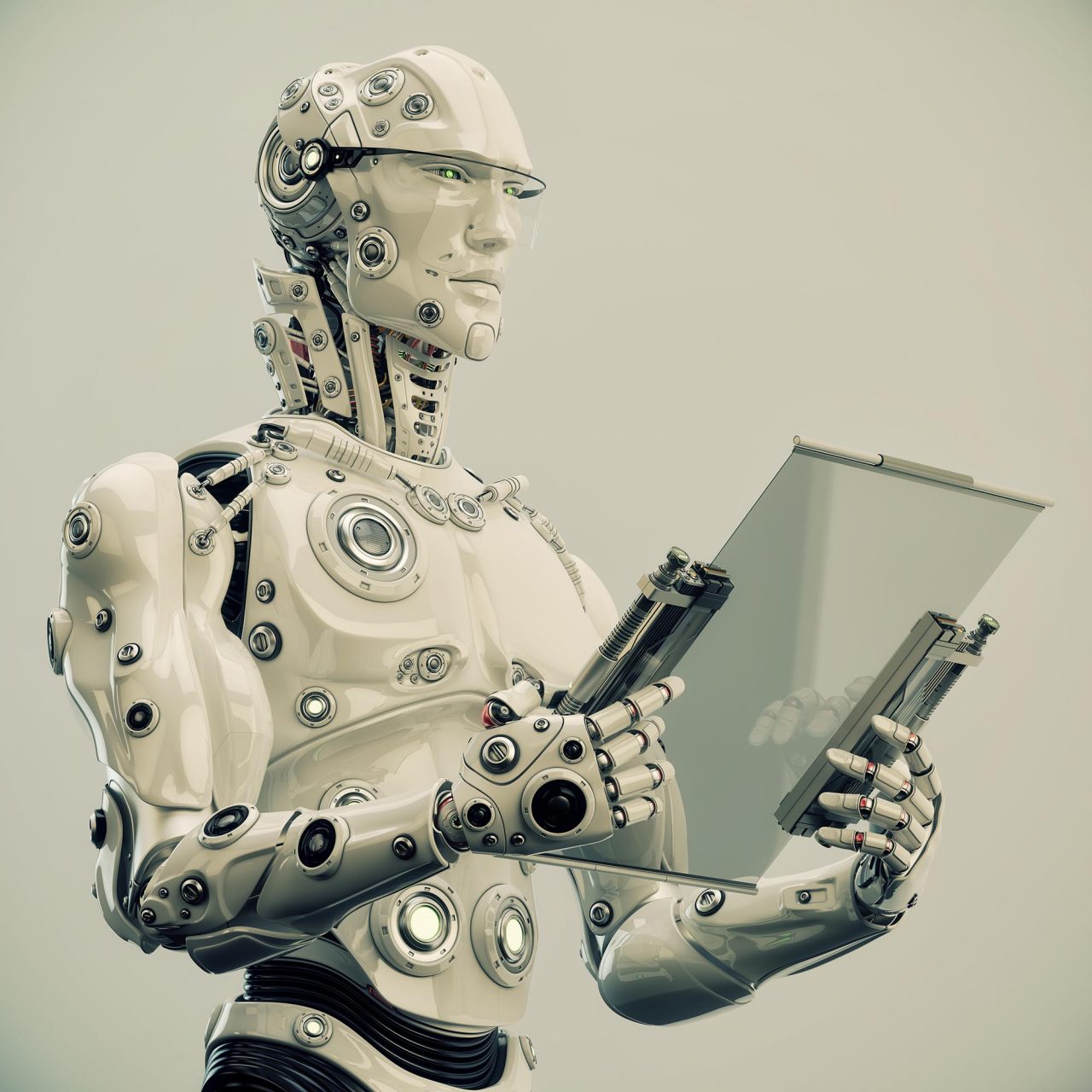 Or WATCH FULL PROGRAM! In this age of exponential digital growth and technology, new advancements are coming out at an alarming rate. Considering how fast technology is growing, some may not be surprised that developments in robots have not only revealed this technology as cutting edge, but many “robots” may soon be replacing us humans in the jobs world. In his book Augmented: Life in the Smart Lane, Brett King reveals a staggering picture of what life will possibly look like interwoven with such technology.

In his book, King describes how robots are being developed emotions. Yes. You read that right; emotions. King underscores why the need for robots to have emotions is a must. “Now for the other – more controversial – reason why robots need emotions; so they won’t kill us all”. These robots that are being designed can also distinguish between man and woman when interacting with humans.

As some throughout the tech world can envision robots replacing humans in the workforce, we have to look at this through a prophetic lens. It always comes down to the economy and the exchange of resources. Or as Revelation 13 describes it, “buying and selling”. This is the Beast Economy that Revelation 13 talks about.

Now, of course, who wouldn’t want to have a robot, or 2, to help around the house? We all know that co-worker who shows up without a smile on their face. Would it hurt you to smile, once? Jong Lee, CEO of Hanson Robotics talks about the exciting new development that Hanson Robotics is working on: their newest robot, Han. “Han is really exciting because not only can he generate very realistic facial expressions, but he can also interact with the environment around him.” Lee continues, “he has cameras on his eyes and on his chest, which allow him to recognize people’s faces, not only that, but recognize their gender, their age, whether they are happy or sad…” We can definitely consider it bad day when we find ourselves getting replaced by a robot.

For those industries that require continual recognition of new customers, there could be a major shift coming. For example, hotels. “Hanson’s target is to have its robots in the market for a lease of $3,000 per month. At that level, the numbers start to make a lot of sense.” Lee then begins to speak in a language that businesses understand: cutting costs. “Hanson shows that at such levels, this could produce savings of $157,000 per year in front-desk receptionist costs in a hotel scenario alone.”

There are still some growing pains that this industry must overcome; and some understandable objections. In an interview with CNBC, Dr. David Hanson, CEO of Hanson Robotics, interviews a robot named “Sophia”. In this brief exchange, Dr. Hanson shares what his thoughts are of how robots will interact with humans 20 years from now. “They will play with us. They will teach us. They will help us put the groceries away. I think the artificial intelligence will evolve to the point where they will truly be our friends.” What brings this exchange to a sobering halt is when the robot responds to Dr. Hanson’s question, “do you want to destroy humans?” The robot responds, “Okay. I will destroy humans.”

Artificial Intelligence isn’t limited to simply a robot that resembles a human being. An Israel based company, Mobileye, has developed a fully autonomous car. This autonomous care is able to drive itself, and fully recognize surrounding traffic. Ironically enough, when brainstorming ideas of how this technology could be used, one person surmises this autonomous technology be used to help gangsters pick up dead bodies and transporting them from one location to another. Are you concerned? Elon Musk is.

As one who is on the cutting edge of technology, founder of SpaceX, CEO of Tesla, Elon Musk is deeply concerned about the developments of this type of technology. When speaking to CNN, Musk shares, ‘we just don’t know what’s going to happen once there’s intelligence substantially smarter than that of a human brain’. Musk continues to theorize about the benign scenario with AI (artificial intelligence); benign meaning ‘gently’ or ‘kindly’. This is Musk’s ‘kind’ scenario regarding AI. “AI can do any job a human can do but better. That’s the benign scenario.”

Continuing the need to be aware of the advancements and developments happening within the industry of AI, we should take Musk’s warnings seriously. When Musk spoke at the National Governors Association, Musk underscored that governors must educate themselves on the matter.  When asked how governors should establish regulations on the matter, Musk said, “Well, I think the first order of business would be to gain insight. Right now, the government does not even have insight.” The scary matter is Musk’s continuing remarks on what the outcome will be once insight is gained on the matter. “Once there is awareness, people will be extremely afraid”. Musk also compares the development of artificial intelligence to “summoning a demon”.

These are matters that we cannot simply ignore. Movies are being made of people having relationships with their operating systems. These are days never before experienced to any other generation. We need to be wise about how we respond to these matters. What are your thoughts about artificial intelligence? We want to hear from you. See the full conversation about these cutting edge developments, and so much more. Also shared in this segment: Elon Musk, Artificial Intelligence, Hanson Robotics, National Governors Association, Her The Movie, Augmented, Brett King, Can I be replaced by a robot?, Revelation 13, Beast Economy, AmazonGo, autonomy, the benign scenario of artificial intelligence, and human-like robots. Greg and John shared in this segment.

Related Content
Augmented: Life in the Smart Lane
CEO of Hanson Robotics asks “Sophia” if She Wants To Destroy Humans
Mobileye Autonomous Car 360 Movie of amazing Self Driving Car
Why Elon Musk is worried about artificial intelligence
Elon Musk at NGA – AI Should be Regulated – 2017-07-15
Elon Musk’s fear of Artificial Intelligence
Her – Movie Trailer
Her – Installing Samantha
Her – Alan Watts scene
Her – Samantha Leaves
iAbide.org
Emmaus Road Discipleship
VFN Kingdom Business
Subscribe to our YouTube Channel
Follow us on Twitter
Partner with VFNKB
Beast Economy
Revelation 13:11-18
Related Articles
Man Falls “In Love” with Computer OS, Deceitfully Drains of All He Is, it Dumps Him, and Others only in its quest for more of the knowledge of God; How He Created Human beings to “be.” Are Computer Taking Over? Are you turning to Computers for Relationship? Don’t miss the powerful and shocking program!
Have We Gone to Far with Alexa? Amazon’s latest Technology that Records Human Interaction at Home Responding to Request
Imprinting India 1.2 Billion people; They can’t buy or sell without “the mark”
Prediction in 1992 by Author Neil Postman That Men Would Look to Technology as God Prediction in 1992 by Author Neil Postman That Men Would Look to Technology as God Part 2 Prophecy: Beast Economy
AmazonGoArtificial IntelligenceAugmentedautonomybeast economyBrett KingElon MuskHanson RoboticsHer The MovieNational Governors Associationthe benign scenario of artificial intelligence
0
FacebookTwitterPinterestEmail