Watch! Former Radical Jihadist, Kamal Saleem, speaks on VFNtv about America’s enemy and how Islam is targeting the church and the Jews :Part 1

LISTEN NOW! or WATCH FULL PROGRAM! He was raised to be a Radical Jihadist that would bring glory to allah. At the age of 20 he was chosen to wage cultural jihad in America and spread Islam. After a devastating car crash and a sequence of events, Kamaal Saleem was crying to the God of Abraham, Isaac, and Jacob, pledging his life to Jesus Christ.  More than 20 years later he is exposing the motives of Islam, he is impacting the Body of Christ with wisdom and knowledge regarding the critical times that we are living in.

America has recently seen Islamic prayers in both the National Cathedral and the House of Representatives. Kamaal brings insight and deeper meaning to what actually took place and future ramifications to such audacious statements and prayers that were said and done. What some may not be aware of is that this was viewed as a victory in the eyes of Islam. At a previous conference at Morningstar Ministries, Kamaal stated that ‘450,000 known terrorists had come over the border into America, targeting not only Americans, but the church.’ Kamaal continues to discuss with significant awareness what the Islamic intentions are regarding this. There is a battle going on in the heavenlies. Kamaal shares electrifying encouragement to the church calling Davids to wake up to the victory that God has already accomplished. It’s not about how many soldiers are in your army but how much God is in your soldiers. Be exhilarated as you hear Kamaal’s heart as he stirs the bride of Christ, the Church to awaken to the realities and excitement of what is taking place, and so much more. Also shared in this segment: Radical Islam, Jihad, CBN, car accident, ecclesia, 7 mountains, Morningstar Ministries, Constitution, Muslim Brotherhood, borders, Trojan horse, World War I, first fruits, terrorism, Koran, spiritual warfare, Congress, National Cathedral, Zedekiah, Josiah, Amnesty, ISIS, Al-Aqsa Mosque, John Kilpatrick, General Boykin, Ottoman Empire, The Coalition, Christopher Columbus, and victory.
Courtesy of Oleg Zabielin/Shutterstock.com 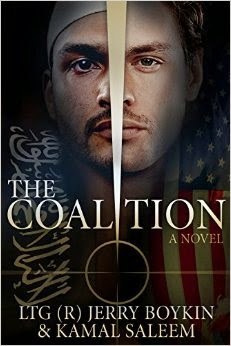