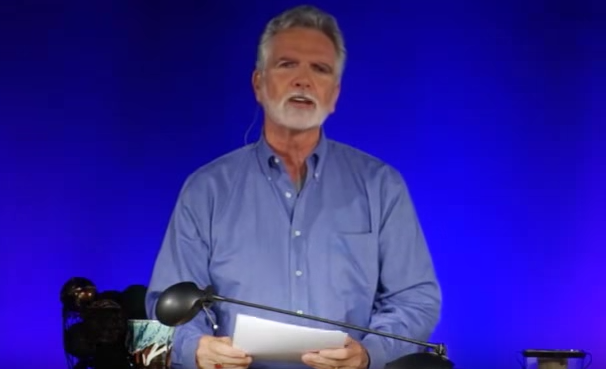 LISTEN NOW!  WATCH FULL PROGRAM! As America watches protestors fill the streets across America and some of the college campuses in response to President Elect Trump’s victory, it causes one to look at the many accurate prophetic words that the late John Paul Jackson revealed would come to pass. John Paul Jackson was periodically given prophetic encounters where he would see the top half of a newspaper revealing only the headline and sometimes the beginning words of what he was being shown. We have already seen some of these words come to pass and are about to see many more of them come to pass as well.

On more than occasion, people have discussed the growing financial crisis in America. Jackson addresses this as he shares the first headline. “Too big to fail Fails. “Nation’s Bank” being pushed.” As many are wanting to focus on the needed repairs inside America, it may be good to consider this next headline. “Decay in America. Is the infrastructure of America beyond repair?”

As we have seen protests mounting in America for a myriad of reasons, these next few headlines address these realities. “Washington D.C. riots continue.” Another, “Record set for number of cities with riot curfews”. And, “Martial Law to be extended for 30 more days.”

Some have brought attention to the relationships between North America and South America and they may look again as Jackson points out this next headline. “New United America being pushed – Canada, Mexico, USA in talks.” The economic collapse that has consumed Venezuela will eventually reach America. “Food prices lead nations’ escalating inflation woes” and “Sysco Co and Kraft considers guards on delivery trucks as food nears 40% of the family budget”. Yet still another, “Big regulations hit small banks”.

In America, we often forget just how blessed we are. Our poorest person is richer than 70% of the world’s population. As we look at just a handful of the headlines that John Paul Jackson shared, we can take the time to prepare now. Imagine if grocery stores were closed for 90 days. What would you do?  Wisdom would be to have a 90-day stock of food and water to peacefully and calmly endure that time line. See all the headlines that John Paul Jackson shared as you are deeply informed and educated about the coming days, and so much more. Also, shared in this segment: Israel, drought, cyber-attack, political parties, military cuts, nuclear disasters, NFL, GPS, North Pole, Tel Aviv, Jerusalem, Mecca, Navy, and the Mississippi River. Greg and Steve shared in this segment.
screen capture from youtube.com/Streams Ministries

Related Content
Prophetic Headlines
Partner with VFNtv
iAbide.org
Partner with VFNtv
Emmaus Road Discipleship
VFN Kingdom Business
Related Articles
Prophetic Word: We Have A Choice- Humility or Humiliation, by James Robinson
Prepare Yourself for the Coming Move of God
BE PREPARED when you see Danger: Prudent Preparation
BRACE YOURSELF! It’s Coming
‘Well Dressed People in Bread Lines all Over America, BUT it will come with Miracles!, Heidi Baker shares about a vision she was given while ministering at a church in America
PROPHECY – It’s Going to be a Physical Battle, Not Just Spiritual
Here are some of the collection of programs on the Prophetic Warnings of the Storm Coming to America and the World.
#VFNtv  C1I2V3I4L5   C1R2I3S4I5S6   A1B2I3D4E5   M1O2U3N4T5    G1O2V3E4R5N6   M1E2D3I4A5   R1E2L3I4G5I6O7N8
cyber-attackdroughtGPSIsraelJerusalemMeccamilitary cutsNavyNFLNorth Polenuclear disasterspolitical partiesTel-Avivthe Mississippi River
0
FacebookTwitterPinterestEmail