Ruby Bridges, an Icon of America’s History, Reveals the Catalyst for Overcoming Racism 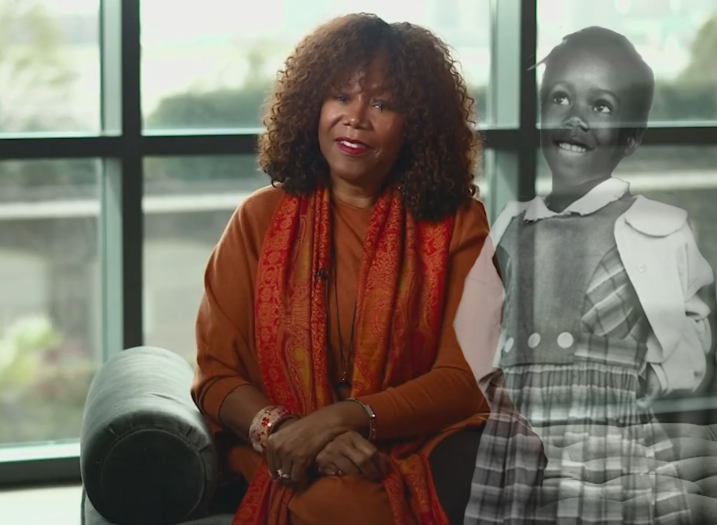 LISTEN NOW! WATCH FULL PROGRAM! Some may not recognize the iconic name of Ruby Bridges that was part of American history. When the integration of schools was taking place in America, a young, 6 year old, Bridges found herself being the first African American student in the a New Orleans school, William Frantz Elementary School. At the time, local politicians had a racist spirit upon them and they didn’t want any African American children to come into the schools with the white children. As unimaginable as that thought is, that is the real history of America.

When Bridges made the historical walk into the elementary school, she was escorted by four U.S. Marshalls as crowds shouted “2-4-6-8 We Don’t Want To Integrate” at her. This moment in our nation’s history is also chronicled in the Norman Rockwell painting “The Problem We All Live With”. There are many that could possibly share about what their perspective was of this moment. But, what was it like from 6 year-old, Ruby Bridge’s perspective?

Before Bridges began that fateful walk through the venomous crowd, there was a series of events that took place that set all of this in motion. CBN News reveals an inside look at the events that took place that would forever change Ruby Bridge’s life, and an entire nation. “It had been five years since the U.S. Supreme Court mandated the de-segregation of schools. Now Washington was putting pressure on Louisiana and other states that had yet to comply.” Louisiana had responded in their own way. “In a veiled attempt to appear compliant, city officials in New Orleans gave 150 black kindergartners an entrance exam; one they had no chance of passing. But six of the 150 passed that test, Ruby was one of them.”

In an interview with CBN News, Bridges recounts the details of this iconic 1960 season as if it were yesterday. “So I actually thought that I was so smart that I passed this test that would allow me to go from first grade to college.” On the morning of the first day of school, Ruby and her family were greeted by four U.S. Marshalls that arrived at their home for the sole purpose of escorting Ruby to school. One of the Marshals was Charles Burks. “The main thing was, make sure nothing happened to her. We would tell her, ‘stay close to us, we’ll be alright’”, says Burks about this fateful morning.

Being surrounded by the commotion of it all, Bridges shares, “I thought I’d stumbled into a parade. I actually thought it was Mardis Gras”.  Once inside the building, Bridges shares what happened to the other students. “500 kids walked out of school that day; and I didn’t know what was going on because nobody explained anything to me.” The next morning would not be anything the same as to what happened the day before.

“By the next day, the crowds has doubled. They kept pointing at me and shouting, ‘2-4-6-8 WE DON’T WANT TO INTERGRATE! 2-4-6-8 WE DON’T WANT TO INTEGRATE!” As Burks recounts the memories of that fateful morning, he knew he was walking the right path. “I was in favor of what we were doing. I knew what we were doing was right, and we were going to make sure it happened.” Once she arrived at her classroom, everything was in place…except for the students. It was an empty classroom. The only one there was her teacher, Barbara Henry.

Weeks after starting her new school, Bridges had yet to see any other students. “By the end of the school year, the protests had disbanded and Ruby was finally allowed to meet the other children.” Consumed with excitement and anticipation to meet and play with other children, she promptly introduced herself to a young boy. But, the response she got, was anything but good. He looked at her and said these words, “I can’t play with you. My mom said not to play with you because you’re a nigger.” Bridges perception of the Mardis Gras parade instantly faded. “It’s not Mardis Gras. This isn’t college. It’s about me. It’s about me and the way I look and the color of my skin.” But, as she continues to describe her response, anger was not one her emotions in this moment. “In my mind, that was okay. Yes, he hurt my feelings, but I wasn’t angry with him. Because, I feel like he was explaining to me why he couldn’t play with me.” She continues,

“If my parents said ‘Ruby don’t play with him because he’s Asian, Hispanic, Indian, Muslim, White, Mixed Race, Jewish, Gay, I would not have played with him. I didn’t feel like there was anything to forgive. The fact that, in my mind he was explaining to me, and that I would have done the same thing, it wasn’t like I was angry with him, so there was nothing there to forgive. The fact that when I passed the crowd, I thought it was Mardis Gras, there was nothing there for me to forgive.”

Bridges went on to not only finish school, but also receive her college degree. When it came time for the next generation to start school like she did, as a young 6-year-old, Bridges witnessed the same racism. “Soon after she launched the Ruby Bridges Foundation and began sharing her story with students all over the U.S.”

Bridges highlights the vital reality to understand regarding racism. “Our kids know nothing about racism. It’s us, as adults. We take racism and we pass it on to our kids, and that’s why it’s still around. Each and every one of us come into the world with a clean heart.” She then points to how we are going to overcome racism. “I believe that if we are going to get past our racial differences, even today, it’s gonna come from our kids.” Bridges also shares this encouraging truth, “Out of the Commandments, if you could only keep one, the one you should keep is ‘love thy neighbor’. That is the key. I have to care about you as a person and as a human being. I really believe, the longer I live, that it really has everything to do with love.”

Ruby Bridges is such an elegant and wise woman. The Gulf Coast would be abundantly blessed to have her visit and share her story so that we could learn from her experiences. It is so vital to recognize that we didn’t just get here. There is a history to how we got here. The more we study history, the more we clearly recognize that we all need grace in our lives. When we see the Norman Rockwell painting that captured that fateful morning in 1960, capturing a young 6 year-old walking to school, we no longer see a young African American girl, we see Ruby Bridges. We can now see the significant event it was for our nation to elect its first African American President, Former President Obama. In addition, we can recognize the significance of the moment when the both of them, Former President Obama and Ruby Bridges are standing shoulder to shoulder, in the White House, looking at Norman Rockwell’s painting.

It is exciting to see and know that God has established President Donald Trump to lead America, and do even more, to bring us all together, as everyone matters in America. Be encouraged and edified as you begin to understand the contextual story of history, as well as understand how the events of yesterday have their own ripple effects into today, and so much more. Also shared in this segment: racism, bigotry, integration, desegregation, culture, politics, voting, racial division, and restoration. Greg and Steve shared in this segment.
screen capture from CBN.com