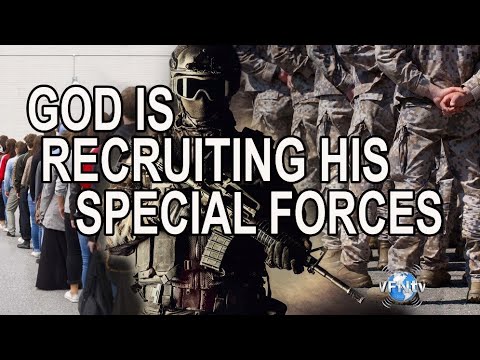 Apostle Sumrall spoke of VFNKB as special forces while at a leadership meeting with Greg and the leadership team.  Apostle Sumrall read the Special Forces Creed giving words to what God has called His followers to be on this earth! Maybe you feel called to be a part of God’s Special Forces, and you are sold out for God. Join us today and be a part of VFNKB-VFNtv and Vine Fellowship Network. God has called us to be a Special Force for the Kingdom of God, and we want you to be a part. If you are in the Gulf Coast area, we have an internship that you can be a part of, and you can also join our Church family at Vine Fellowship Network either in person or online. Find out more HERE. We want to hear your thoughts about God’s Special Forces. Write to us at Friends@VFNKB.com. Greg and John shared in this segment.