WATCH! Do American Muslims believe Sharia Law is above the U.S. Constitution?


American Muslims Believe Sharia should be above U.S. Constitution?
America is a land of laws. In the present day, the law of the land is the United States Constitution. Since the inception of America, all citizens abided by it and followed it. As of today, these truths are beginning to change. In a recent report done by Fox News, Muslims in America believe that Sharia law should be over the United States Constitution. As one specific interviewer hits the streets of New York City, he plainly asks a number of Muslims this question; “Should Sharia Law be over the Constitution?” Numerous Muslims respond by saying, unequivocally “Yes”. One man goes as far as to say, “…the Sharia Law is made by god, by allah, and the Constitution is made by people.” Following the street dialogue, Sean Hannity expresses to a panel of guests the reality of Sharia Law in Muslim countries, “the application of Sharia renders or regulates women and minorities, and other religious faiths to second class citizens…”
What is Sharia Law? For many, the reality of what Sharia law and what it stands for may be foreign or simply unknown. With Prager University’s most recent video, the answer to this question could not be made clearer. In world history, such evils as Fascism and Communism have been clearly visible. It today’s world, it is “Islamism”. “Like Fascism and Communism, Islamism is totalitarian. The state controls everything…Islamism is inherently expansionist. It only seeks to get bigger, cross borders and bring as many people as possible under its control.” If these are the things that Islamism is for, the question then would be; what is it against? Prager continues by stating, “those aims are antithetical to everything Western and other free societies stand for: free speech, free enterprise, freedom to practice; or not to practice any religion, freedom of assembly, free press, and of course fundamental human and civil rights for all those citizens.” To an unsuspecting eye or ear, one would disassociate this reality thinking that this ideology only exists in the Middle East. This assumption is simply not true.
In a CBN report, one Belgian Imam is boldly transparent about his views of Islam, Sharia Law, Europe and the World. Abu Imran states, “Sharia is Islam to be clear. There is no difference between Islam and Sharia…Democracy is the opposite of Sharia.” When CBN’s Dale Hurd asks Imran about Muslims who declare themselves as Democrats and against Sharia, Imran responds with this: “It’s the same thing as saying, ‘I was speaking to a Christian Jew, or a Jewish Muslim, or something like that. It’s impossible…The Muslim who says he’s against Sharia, he’s not a Muslim. It’s impossible.” Kamal Saleem with Koome Ministries revealed the staggering 2010 statistics from the US Border Patrol of “nearly 450,000 Islamic Terrorists have crossed in the US.” That is 2010 statistics and that number has increased. 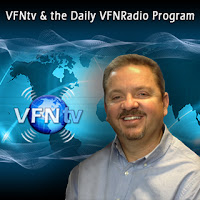 Based on the beliefs of Islam and the Koran, an infidel is anyone who does not follow the beliefs of Islam, mohammed or allah. Robert Spencer’s new book, The Complete Infidel’s Guide to ISIS, is the very subject of dialogue when CBN’s Erick Stackelbeck interviews him about the rising concern and terrorism within ISIS. It is these very truths that we must be made aware of in order to be empowered with wisdom on how to act and respond as the Church. Watch the full report of what is taking place, and so much more. Also shared in this segment: Belgium, CBN, Islamic Cultural Center, Glenn Beck It is About Islam, blasphemy, democrats, Ben Carson, Catholics, Denmark, Intifada, Crusades, Inquisition, Pakistan, Afghanistan, child marriage, stoning, Bill of Rights, Freedom of Speech, amputation, ISIS, and Radical Islam. Greg and John shared in this segment.

VISION: Christians Serving Darkness and Light – Children of the Day...

Global Warming! Are They Using Tips from Lucifer for Organizing America...

Deception! Are They Using Tips from Lucifer for organizing America and...