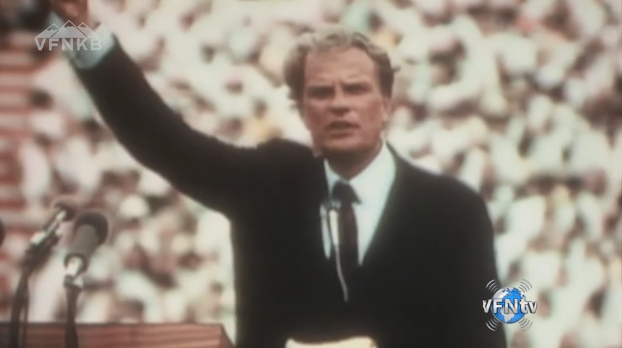 For those that know the Lord, death is not a tragedy; it is a celebration. When considering the life of Reverend Billy Graham, there is nothing to mourn. He has gone to be with the Lord and is now in the presence of the Lord. Graham died at the age of 99 at his home. After a life dedicated to preaching the Gospel, hundreds of millions of people, have been impacted by his life. Reverend Billy Graham has touched the world for Jesus Christ.

As the Billy Graham Evangelistic Association has chronicled, Billy Graham went to be with the Lord on February 21, 2018. What some may not know is that the Gospel was not his number one passion as a boy. “Back then, “Billy Frank,” as he was called, preferred baseball to religion. “I detested going to church,” he said when recalling his youth.” His life was radically transformed after attending a tent revival that was being held by the Evangelist Mordecai Hamm. “Ever since I received Christ as my savior in 1934 in Charlotte, I never had a doubt about my faith in God”.

When his life pursuit became the Gospel, this direction led him to the Florida Bible Institute. It was here that Graham surrendered to the Lord’s call to preach the Gospel. “Well, I got on my knees right there, and I said ‘Lord, I’ll go where You want me to go and I’ll be what You want me to be.” Upon finishing, he continued his education at Wheaton College, in Chicago. It was here that he met a fellow student, Ruth Bell, who would eventually be his wife. Shortly after graduating, they were both married.

His life didn’t start with large crowds and packed auditoriums. It was quite the opposite. Graham was a pastor in a Baptist church in Chicago. It was during this season that he received an invitation to preach on the radio. It was this event that sparked the invitation to join “The Youth for Christ.” Graham continued to preach. The event that launched him as one with international recognition today was his Crusades in Los Angeles. This event was scheduled for three weeks, but the crowds determined otherwise. The Crusades were extended for another five weeks.

Not only did Graham powerfully preach the Gospel, but he was also instrumental during the era of Civil Rights. “He insisted the ropes that separated blacks and whites be torn down during his crusades.” Amidst the many great exploits that the Lord carried out through the life of Graham, he remained a humble man. “I’m not that good; I’m not a great preacher; I’m just an ordinary, proclaimer of the gospel.”

It’s important to remember that the only reason such amazing things can happen in anyone’s life is that God has placed a mantle upon them. God had placed a mantle upon Billy Graham that empowered him to carry out what the world witnessed in his life. What is notable to mention is the prophetic word that was shared during the Azusa Now gathering led by Lou Engle and The Call. It was during this gathering that it was shared that Billy Graham’s mantle would be spread across an entire nation.

As Lou Engle, founder of The Call, shares, the Lord had spoken to him about the coming shift to The Call. “The Call is having a shift, and it won’t be just prayer, but it will be the proclamation of the Gospel; signs and wonders, and stadiums will be filled, and Billy Graham’s Mantle is coming on this nation.” Through a sequence of divine events, the news of this mighty event reached Billy Graham. He was greatly humbled by the news as he recalled the memory of preaching the Gospel in the same Coliseum that Azusa Now was held. In response, he shared, “It is good that this event is happening. It’s not about me though. It’s only about the glory of God. It’s about God’s glory alone. Tell them to stay focused on Jesus and the Cross.” Now is the time to receive all that the Lord has for us, at this moment, in this generation. The Glory of God is spreading across every area of this nation.