Terror! Time to Be ALERT: From Shores of Tunisia to The Church

LISTEN NOW! or WATCH FULL PROGRAM! The tension is rising across the nation and the world as more terror is occurring. The previous events that took place in Pastor John Hagee’s congregation, Cornerstone Church, caused interruption when repeated protestors began shouting during church service. The same has now happened in Joel Osteen’s, Lakewood Church. When a first time visitor, Anwar Richardson, witnessed the occurrence, he decided to take his family and leave the service of not being sure how the events would unfold. Richardson stated to reporters, ‘This is the first time he’s ever been scared at church.’  Waves of terror are spreading also to the shores of Tunisia when an ISIS gunman shot and killed 38 tourists. An eye-witness was on scene during the shootings and captured mobile video of the events.  The gunman was ultimately shot and killed. We don’t want this to happen, in America, or in the world. We have to cry out to God. We have to wake up. We have to respond.
Nearly 3 years ago, The Department of Homeland Security released a video RUN.HIDE.FIGHT.  As a response to how people should act if an armed gunman were to enter the workplace. Three years ago this was released. They knew realities such as these were going to occur. Rick Joyner has prophesied that this is coming to America. In light of these realities, it is important to understand that what we wrestle with is not human beings, not individuals, not religion but it is Lucifer that we are wrestling against. Ephesians 6:12 says, “For our struggle is not against flesh and blood, but against the rulers, against the authorities, against the powers of this dark world and against the spiritual forces of evil in the heavenly realms.”
This is not a video game; this is reality. It is really happening. When the Department of Homeland Security has advised local law enforcement agencies to “step up security and be vigilant during 4th of July celebrations”,former CIA Deputy Director Michael Morrell was on CBS News and asked about the seriousness of this warning. ‘These kinds of warnings go out routinely. But, there is nothing routine about this particular one, to me. This one really resonates with me……I wouldn’t be surprised if we’re sitting here a week from today talking about an attack over the weekend in the United States. That’s how serious this is.’ As the Body of Christ, it is imperative how we respond. Proverbs 22:3 states, “The prudent see danger and take refuge, but the simple keep going and pay the penalty.” We cannot bury our heads in the sands of denial. God is getting our attention. We must respond to these warnings and turn our hearts to God. Hear the full report of what is taking place, the wisdom of how to respond, and so much more. Also shared in this segment: Pastor Joel Osteen, Pastor John Hagee, Cornerstone Church, Charleston, hecklers, sackcloth and ashes, humility, Tunisia shooter, beach, gunman, ISIS, video games, Jonah, Nineveh, Dept of Homeland Security, RUN HIDE FIGHT, ABC News, 4th of July, warning, Rick Joyner, and repentance. Greg shared in this segment. 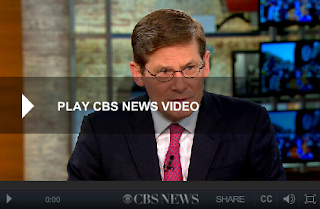 The Prudent Prepare, What We Wrestle With, If My People