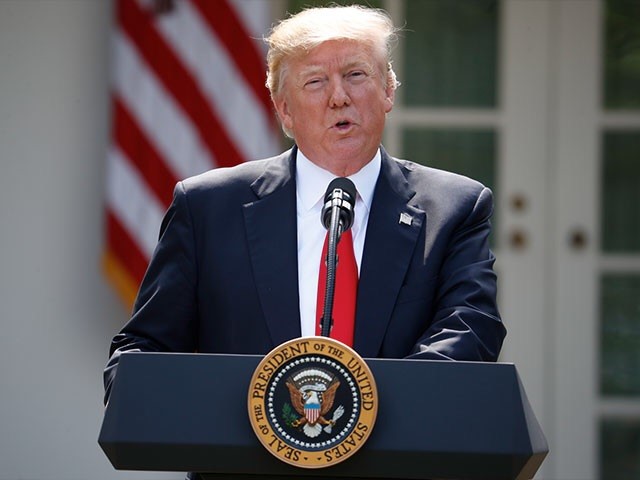 Christian leaders are reacting positively to news that President Donald Trump is unveiling a new White House plan to protect religious freedom and to work more closely with the faith community.

The president is announcing the new initiative today on the National Day of Prayer.

Trump’s executive order calls for the executive branch to ensure “conscience protections,” and it states a broader goal to preserve “the religious liberty of persons and organizations in America.” Here’s what it says:

“It shall be the policy of the executive branch to vigorously enforce Federal law’s robust protections for religious freedom.  The Founders envisioned a Nation in which religious voices and views were integral to a vibrant public square, and in which religious people and institutions were free to practice their faith without fear of discrimination or retaliation by the Federal Government.”

Later the order specifically directs the Treasury Department, which includes the IRS, not to target churches or religious groups for speaking out about political issues:

“In particular, the Secretary of the Treasury shall ensure, to the extent permitted by law, that the Department of the Treasury does not take any adverse action against any individual, house of worship, or other religious organization on the basis that such individual or organization speaks or has spoken about moral or political issues from a religious perspective, where speech of similar character has, consistent with law, not ordinarily been treated as participation or intervention in a political campaign on behalf of (or in opposition to) a candidate for public office by the Department of the Treasury.”

Johnnie Moore, an unofficial spokesman for the president’s group of faith advisors, said it’s “good for America” that President Trump has welcomed the faith community with open arms.

“This executive order is the product of the President’s unwavering prioritization of faith and religious liberty and reflects the smart work of people like Jared Kushner and advisors in the policy and public liaison divisions who met with hundreds and hundreds of leaders and government officials to assess ways in which the government can partner more effectively with communities of faith,” Moore said.

He also points out how important it is for there to be a faith-based liaison associated directly with the White House.

“Ordering every department of the federal government to work on faith based partnerships – not just those with faith offices –  represents a widespread expansion of a program that has historically done very effective work and now can do even greater work,” Moore contiued.

“I’ve always believed that America is better when it’s faithful, together. Anything any administration can do to demonstrate a positive partnership between our faith communities and government, the better off our country will be and so I herald this important initiative that empowers people of faith in America,” Laurie said. Continue Reading