HUMOR: YOUR CAT ATE MY BIRD! 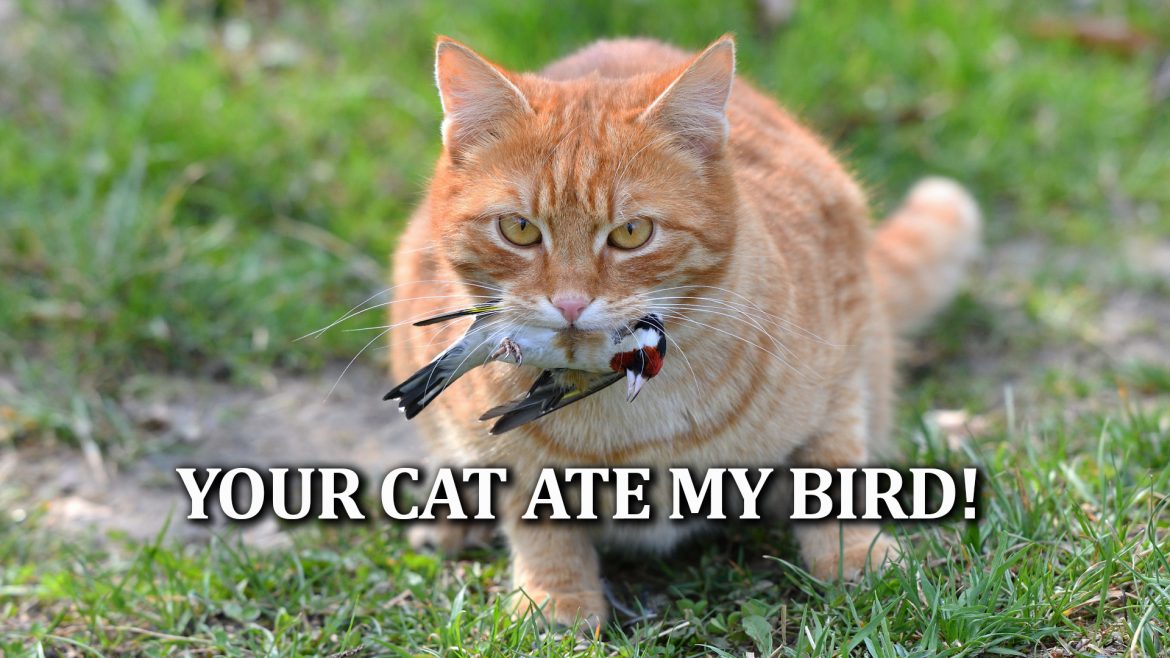 One of the simple beauties in life is being able to experience your day-to-day life with those around you, your neighbors. Some experiences are better than others, and some, not so much. Greg recalls one hilarious moment when his neighbor angrily banged on his front door with an urgent matter that needed to be brought to his attention at once! Doing all that he could to diffuse the situation, he was eager to help and find out what was wrong that had caused his neighbor to be so angry. ‘YOUR CAT ATE MY BIRD!” Obviously there had been some type of mistake. His neighbor was adamant and furious that he would just let his cat run freely in the neighborhood. To which, Greg responded by telling her that the cat was his daughter’s cat. You won’t believe what Greg found to be staring at him from across the street of his neighbor’s home. THE CAT HAD HER BIRD IN ITS MOUTH! What was Greg supposed to do? That’s not MY CAT! THAT’S MY DAUGHTER’S CAT!